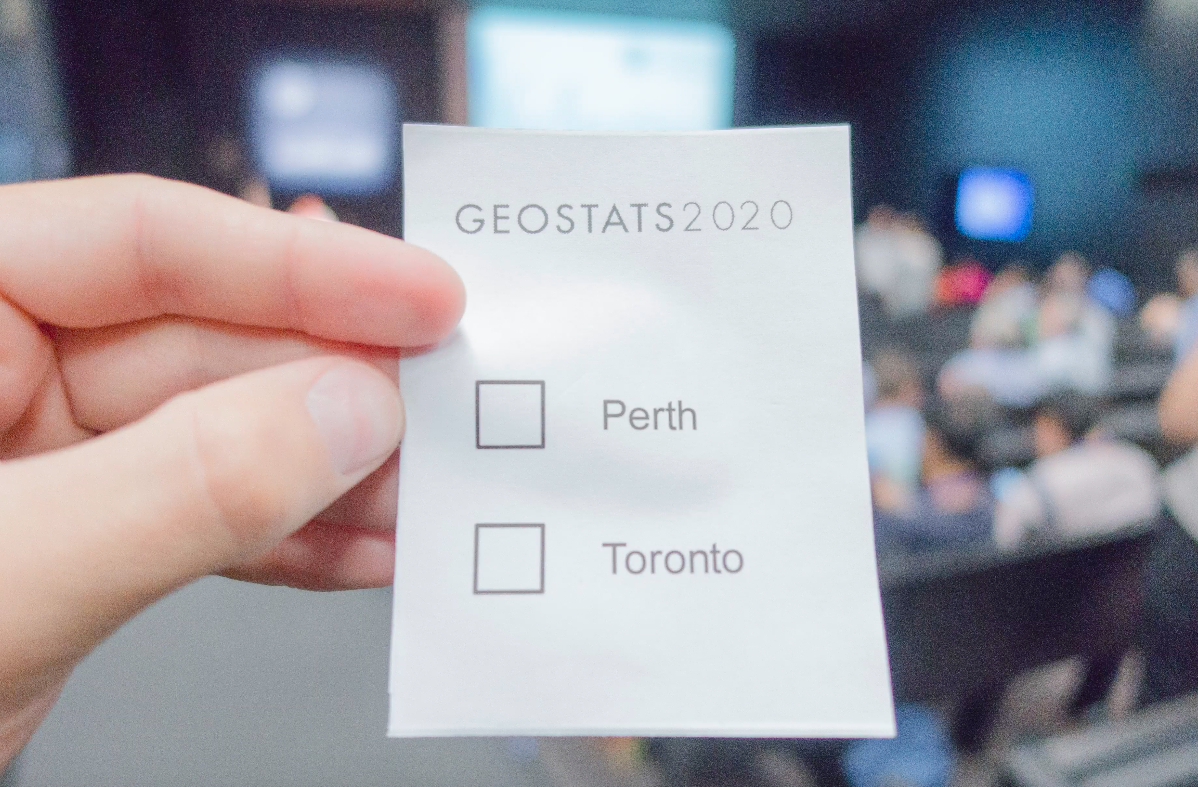 Posted by admin Category: Next Congress

Last Wednesday, the General Assembly of the 10th International Geostatistics Congress voted for the next venue of the congress. After a coin flip to decide who would start, Ute Mueller presented the proposal to held Geostats2020 in Perth, followed by Mohan Srivastava who proposed Toronto as the venue. The pitches were followed by a formal voting and Toronto beat Perth by 88 to 74 votes.

Thus, see you in Toronto on 2020 for the 11th International Geostatistics Congress!